We aim to bring local ideas and innovations to global limelight

To Be Connected Nigeria

Is a project and business platform that aims to mobilize the talents, innovations, research, and creativity of Nigerians for collaboration and commercialization with the local and global industry. The present-day world relies on an economy that enjoys a symbiotic relationship between the town and the gown. In Nigeria, research development and talent promotion remain a mirage. The traditional convention of institutions to institutions linkages by silo structures within government agencies in the country led to a major gap that hinders research and innovations from thriving. To-Be-Connected Nigeria and its African partners will break these barriers comprehensively by connecting individuals to institutions and vice versa.

Ideas and Innovation Outside Academic Environment

The general perception in Nigeria is that viable innovations only come from academic institutions and knowledge repositories. The world’s greatest technology founders; Micheal Dell, Steve Jobs, Bill Gates, Zuckerberg, etc dropped out of college to pursue the crystallization of their burning ideas. To-Be-Connected Nigeria will promote research assets from within and outside the academic sphere.

Apart from research and innovation, To-Be-Connected will provide physical and virtual platforms. These will facilitate linkages for athletes, creative artists, authors, breakthroughs in medicine, software development, energy, etc. This initiative will also trigger peer review of successful projects and enable the cross exchange of competencies from within and outside the country for commercialization. Academic pursuits and other potentials will be designed to target the needs and requirements of industry(s), thus creating employment and economic opportunities for generally the younger generation.

We show our commitment to Innovation through

To-Be-Connected Nigeria will establish links with the Nigerian Copyrights Commission and the World Intellectual Property Organization (WIPO) based in Geneva to protect and patent Nigeria’s intellectual and innovation assets. The To-Be-Connected project is created to be financially independent. Our revenue stream flows from royalties of successful connection contract closure(s) this with time, is expected to happen every day and eventually every hour considering the enormous opportunities currently untapped in our country and continent. Percentage of our revenues will be channeled to supporting technology incubation as well as provide seed capital to kick start innovative ideas.

In a nutshell, our platform with the treasure of professionals from multiple disciplines from within and outside the country will facilitate an ethical transaction of ideas for the mutual benefit of the industry that requires those ideas and the authentic owners of those ideas.

To boost the realization of TBCN’s core development objectives, we have already created partnerships and collaborations with major global technology companies; prominent amongst them are Silicon Valley Forum and Plug and Play all based out of California, USA. These partnerships enable us to continue to project and accelerate Information Technology startups within our Ecosystem. The sector-by-sector connection drive remains the hallmark of our business vision.

Our team is comprised of genuinely gifted minds

Ethel Okosuns is a proactive and pragmatic young lady, with varied experience in politics, policymaking, international relations and energy.

Ethel Okosuns is a proactive and pragmatic young lady, with varied experience in politics, policymaking, international relations and energy. She is a forward thinker. She attended the prestigious Harvard University, where she studied the Geopolitics of Energy and also an alumnus of the London School of Economics and Politics. Former Miss Earth Nigeria 2005, Ethel Okosuns has travelled far and wide and she has a vast experience in culture, tourism and fashion.
She is the Director of the Energy Sector for To-Be Connected Nigeria. As the Director for energy her primary focus lies in galvanizing minds and resources to find lasting solutions to the energy deficiency in sub-Saharan Africa and Africa as a whole. As the Director of energy her thematic focus are; converting organic waste that are usually high in methane gas hence twenty times more dangerous than carbon dioxide into energy and bio fertilizer. She does this while working in partnership with New AD in the UK; encouraging the use of smart metering, which allows for better and more accurate energy billing; the increasing use of power plants while exploiting available natural resources and cleaner technology to
meet the growing demands for energy and Green technology; which covers a variety of environmental technologies to curb and reduce green house gas effect such as photo-voltaic (solar technology), wind turbines, bio-reactors et al. and Oil and Gas. Overall she is an expert in Global Energy Policy with a revered and keen interest in the geopolitics of energy. Her interest in energy is rooted in her passion for the development of Africa and her natural resources.

Arc Nya-Etok, Ezekiel is the Principal Partner/CEO of Novone Consult Limited, a foremost Architectural and Real Estate consultancy firm. He was the Vice Chairman of the Federal
Government Committee on the update and review of the National Housing Policy, and National Urban Renewal Policy for the Federal Republic of Africa. He is the National Chairman of the Forum of Advocates for Social Housing, and the Chairman of The Federal Government Special Committee on National Social Housing Scheme. He is a national and international resource person/speaker for seminars, conferences, and workshops, and
was recognized with the 2014 “Housing Man Of The Year” award in Africa. Arc. Nya-Etok, contested for the Governorship of Akwa Ibom State in 2007, Co-Founded and subsequently became the Pioneer National Chairman of Young Democratic Party (YDP).

He is an acclaimed Youth Motivator and Role Model, and is at present the Director General of Africa First Project.

`Enee Udo-Obong is a writer, administrator, business man and sportsman.

`Enee Udo-Obong is a writer, administrator, business man and sportsman. A graduate of Human Anatomy from the University of Calabar and a holder of an Advanced Masters in Sports Administration and Technology from The École polytechnique fédérale de Lausanne(EPFL), in Switzerland. A U.S and U.K trained certified personal fitness trainer, he was an accomplished athlete, and he is the only Nigerian man to win two Olympic medals. A Gold in Sydney Australia in 2000 and a Bronze in Athens, Greece in 2004. Voted
Sportsman of the year 2000, and winner of the DELE UDO prize for sporting excellence, Enee has won the national championships on three occasions and he is a six time medalist at the national sports festival.Nominated as one of the 50 most influential young Africans by African Digest in 2002, where he also captained Team Nigeria to the Commonwealth Games in Manchester, UK.

He is the founder of the African Sports Support and Education Trust (ASSET). An NGO on a mission to educate all young African sportsmen and women and also to help improve the lives of retired and aging ex sports men with no vocational skill. He is the author of the motivational book, “The Silver Lining, -Turning major setbacks into major Victories” which has sold over 25,000 copies across the nation.

He was recently appointed a facilitator by the International Olympic Committee (IOC) to train athletes in the Athletes Career Program (ACP). A program designed to help athletes to transition into a productive life after their sporting careers. He has also established the UDO-OBONG ATHLETICS ACADEMY which holds athletics programs and training camps across Africa to promote peace and education through the sports of athletics.

Enee is the CEO of Fitness Options Limited, a fitness, wellness and sports Management Company which in only its first year of operation won the Nigerian Fitness Business of the year from the World Fitness Federation for its ground breaking and customer friendly style it operates. He also chairs the Sports Business Network Ltd as well as other companies.

Carolann Alt brings 20+ years of Global Strategic Marketing, Business Development and Commercial Execution across several industries including life science, healthcare, sports management and consumer goods. Proven leader of transformational projects and driving direct value to Global Companies with strong interpersonal communication skills with C-Suite experience. Her company, Empower Management Company, offers clients a core competency in commercial strategy and evaluation of business opportunities for in/out licensing of technology as well as M&A. Since 2003 Carolann has had a strong affinity to Africa and the positive development of the country. She is currently on the board of Sustainable International Medical Missions, an NGO that provides sustainable healthcare solutions for the citizens of Africa. Specialties: Start Up Financing, New Product Commercialization, Biotechnology, Information Technology (process work flow) General Management, Collaboration and Global Strategy, Project Management, Sales and Marketing.

Honorable Mohammed Imbareck is the special adviser to the president of Niger Republic on Arab Relations.

Honorable Mohammed Imbareck is the special adviser to the president of Niger Republic on Arab Relations.

He server as a member of Parliament )Deputy National of Niger) February 2011 to March 2016. While in the parliament, he was the Chairman of the parliamentary group O C I, Vice president parliamentary committee on defense and security. He presently chair’s a Special
Council of the President of the Republic of Niger. Hon Imbareck is a passionate advocate for youth inclusiveness in governance in Africa. He has consistently led and promoted policies aimed at encouraging youth involvement in key decisions making processes in the country.

Alkasim Muhammad is a private – public sector development expert with ten (10) years professional experience. Alkasim is experienced in relationship strengthening between private and public institutions, He is currently CEO of Akazion Investment and Consult
LTD, Business development officer Nigeria for Zoweh Holding (USA) and Contact person for Silicon Valley forum (SVF) USA, in Nigeria, currently stakeholders and community engagement consultant, Alkasim was consultant Julys – December 2015 by Northern Nigeria Skills Development (MAFITA) – a DFID funded program. His core responsibility with MAFITA was to facilitate the development of informal skills amongst youth across the targeted states including Kaduna, Kano, Katsina and Jigawa states. Haven worked with DFID/ GEMS1 as a Business Development Officer (BDO) 2012 -2015, Alkasim has facilitated the development and transformation of several trade associations from an ordinary association to business associations, He has facilitate capacity building for BMOs, assisted in identifying, defining and planning advocacy activities for BMOs in, Federal capital Territory, Abia, Kaduna, Kano, Katsina and Jigawa, Nasarawa and Lagos states respectively. It has been within his experience to liaise between projects and client associations, ensure relationships between business interests and maintain healthy
relationships between businesses and supporting organizations including DFID, USAID and Country Embassies working to support growth and development in Northern Nigeria and Nigeria at Large.

Pavlos trained as an engineer and holds a PhD in management.

Pavlos trained as an engineer and holds a PhD in management. He is an entrepreneur with a passion for projects towards turning ideas into jobs, leveraging on academic research for new developments and enhancing social value.

He started his career Waterhouse Advisory Services in the UK where he was responsible for organisational restructuring and Governance improvement projects. He was also the president of the UK’s Foundation for Quality Management. He later joined KPMG in Cyprus as the Head for Advisory and Internal Audit services. He led on projects relating to enterprise risk management, corporate governance services and strategy reorganisations. In 2005 he joined the University of Nicosia’s, Cyprus, Business School and was the University’s Research Director.

In 2008 he was appointed as the Vice president for Enrollment and Development where he was responsible for international collaborations and strategic expansion. He was a member of the Governing board of the University of Nicosia, a position he served for the maximum allowed eight years term until March 2016.


GET IT ON GOOGLE

Our Featured Collaborations and Partnership Brands 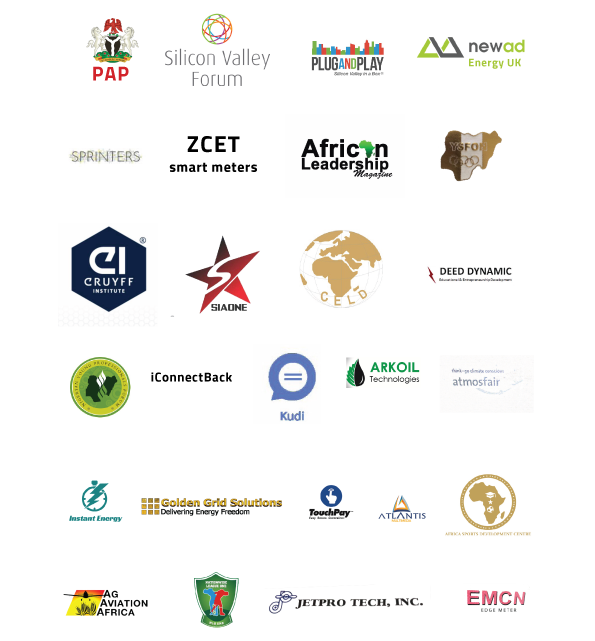 Copyright © 2021 To Be Connected Nigeria (TBCN). All Rights Reserved. | Developed by Atlantis Multimedia